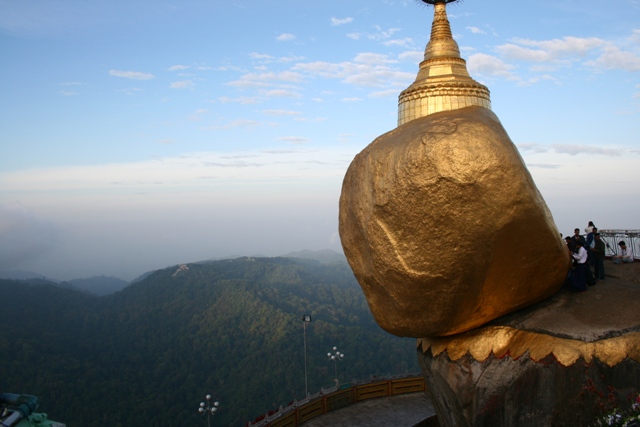 14 DAYS THE VERY BEST OF MYANMAR

Get ready to skim over jade lakes, amble on horse carriage through golden plains, and hustle through city streets in a rickshaw as you delve into one of the most astonishing countries in all of Asia.

Our Myanmar tour takes you on a journey from Irrawaddy villages to Buddhist shrines, with diversions away from the main sites and into the heart of the country. Admire architectural marvels, discover different cultures, and learn the secrets behind local arts and crafts on a journey to see the very best Myanmar has to offer.

Your voyage embarks from Yangon, where you'll wander among the city's diverse population as you gaze at golden pagodas and stately monuments. Venturing beyond Yangon's urban borders, you'll travel to the Golden Rock, one of the holiest sites in Myanmar, and Bago, an ancient Mon capital for your first taste of rural Burmese lifestyles.

Flying north, touch down at InleLake, where you'll stroll among weaving workshops and hilltribe markets. Witness the incredible leg-rowing Inthar fishermen, one of many 'uniquely Burmese' things you will see on your Myanmar tour. From there, you'll head to Mandalay, a regal Burmese city and the gateway to the evocative former royal capitals.

You'll then travel overland to Bagan, veering off the tourist trail and transferring by jeep and boat through Monywa and Pakokku. Along the way you'll see sites such as the Thanboddhay Pagoda and the labyrinthine-like sandstone caves of Po Win Taung. You'll discover the peaceful rhythm of Burmese village life as you continue south along the IrrawaddyRiver by boat, stopping at hidden temples on the way to Bagan.

Spend two full days in Bagan, where the country's history is reflected in the temple construction. Along with exploring the pagoda you're Myanmar tour includes ample opportunities to wander amid the villages and crafts workshops of this tranquil town.

Returning to Yangon, your Myanmar holiday concludes yet should you wish to delve deeper into the local culture and history we offer several excursions to suit your tastes.

14 DAYS THE VERY BEST OF MYANMAR